GoodReads Summary:
The world is not tame.
Ashley knows this truth deep in her bones, more at home with trees overhead than a roof. So when she goes hiking in the Smokies with her friends for a night of partying, the falling dark and creaking trees are second nature to her. But people are not tame either. And when Ashley catches her boyfriend with another girl, drunken rage sends her running into the night, stopped only by a nasty fall into a ravine. Morning brings the realization that she’s alone – and far off-trail. Lost in undisturbed forest and with nothing but the clothes on her back, Ashley must figure out how to survive despite the red streak of infection creeping up her leg. 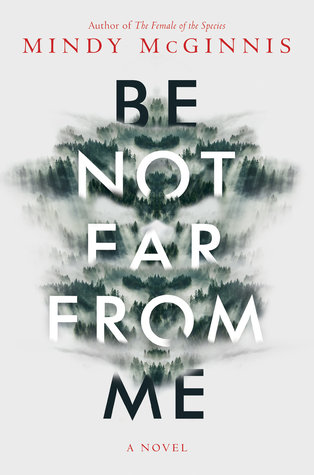 Review:
What a wild ride this book was for me. I’ve had a hit or miss relationship with McGinnis’ books. But this one has gotten some pretty good praise since its release, so I thought I’d give it a try when I saw my library had the ebook available. I read this in one sitting. It’s a shorter book, but action-packed and so suspenseful.
The things that Ashley goes through was just wild. First of all, she catches her boyfriend literally cheating on her with his ex-girlfriend. I just have to say I was totally here for the way that this situation was resolved. The story starts with a group of friends drinking in the woods. This was relatable as hell for me because that’s pretty much also what I did in high school.
But then she runs and manages to really hurt herself. Her friends are jerks and think she’s just gone home. So, we follow her as she’s trying to (sort of) heal herself and figure her way out of the woods. I will say that the people who I know that have read and enjoyed this, they mentioned that it was pretty graphic and a little gory, but I didn’t feel that way. It was definitely descriptive, but there was only one specific part that really grossed me out (read: possum). I thought the rest of the book while Ashley is trying to survive in the wild while injured was so well written. It was suspenseful and dramatic. But we also got a fair bit of backstory for Ashley and relationship history with various characters.
Overall, I wouldn’t say this was a new favorite book. But I read it very quickly because the writing pulled me in and wouldn’t spit me out until Ashley managed to escape the woods. I’d definitely recommend this book for anyone that thinks it sounds interesting.

“We live in a place where geography can not only kill you, but also dictates your friends.”

“No, I’m not freezing and I’m not starving, and I know both these things are true because I’m in pain. When you can’t feel anything is when you need to worry.”

“I’m discovering me out here, for the good and the bad. There’s things I’m proud of and stuff I’d rather forget, but it all makes up who I am and what I was, and what I’ve got to work with if I want to become something else. And I don’t get to do those things or be that person if I die out here.”

5 thoughts on “Be Not Far From Me by Mindy McGinnis”