GoodReads Summary:
Anyone can ask the Red Court for a favor…but every request comes at a cost. And once the deed is done, you’re forever in their debt.
Whenever something scandalous happens at Heller High, the Red Court is the name on everyone’s lips. Its members–the most elite female students in the school–deal out social ruin and favors in equal measure, their true identities a secret known only to their ruthless leader: the Queen of Hearts.
Sixteen-year-old Ember Williams has seen firsthand the damage the Red Court can do. Two years ago, they caused the accident that left her older sister paralyzed. Now, Ember is determined to hold them accountable…by taking the Red Court down from the inside.
But crossing enemy lines will mean crossing moral boundaries, too–ones Ember may never be able to come back from. She always knew taking on the Red Court would come at a price, but will the cost of revenge be more than she’s willing to sacrifice? 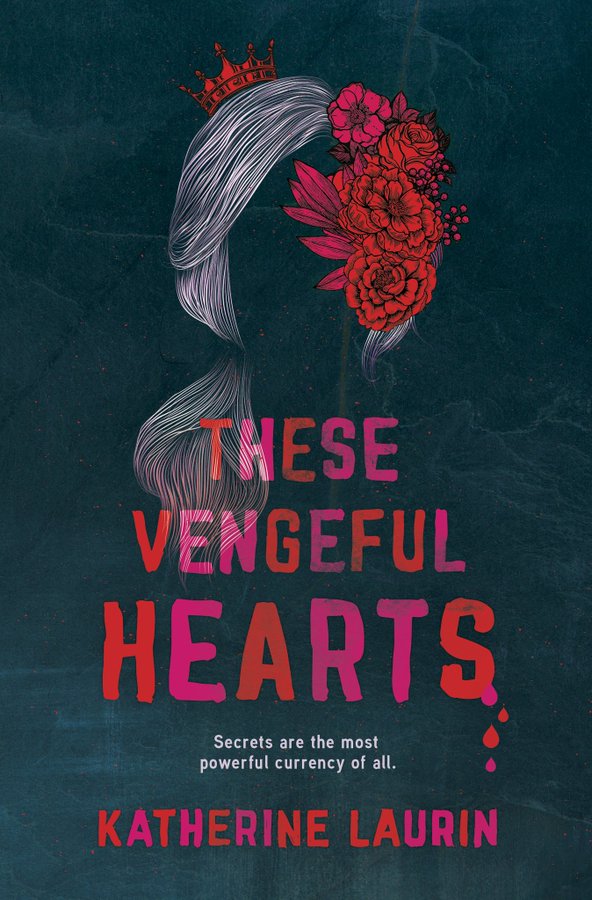 Review:
Thank you NetGalley and the publishers for providing me with an eARC of These Vengeful Hearts in exchange for an honest review. This story follows Ember Williams on a quest for revenge. She attends Heller High (called Hell High by the students), where instead of popular students ‘ruling’ the school, there is a ‘secret’ society (secret is in quotes because many of the students know it exists and have asked for favors, but other truly believe it to be a myth which seemed a little far-fetched after seeing some of the things that the Red Court did) that runs Hell High. The Red Court (sort of based on Alice and Wonderland) is led by the Queen of Hearts and everything is done through playing cards. This society is full of only female members that, at the synopsis accurately put it, deal out favors and social ruin in equal measure. Ember has been trying to become a member of the Red Court since she started high school. She wants revenge, to dismantle the Red Court forever. Two years ago, her sister, April, was in an accident orchestrated by the Red Court that left her paralyzed. Since then, Ember was plotted to join the society and ruin it.
The story starts right before Ember gets invited to be a member of the Red Court. I thought this was a great way to get to know Ember a bit before she joined. I mention that because one of my favorite things about this book was the way Ember changed and developed throughout the story. After joining the Red Court and completing her first mission, she realized two things: that this take down wasn’t going to be easy and that she actually kind of liked the manipulation she was tasked to complete. Things definitely got a little muddy, morally speaking, for Ember as this story progressed, which in my opinion was the best part of the story. Ember was an interesting character. She finds herself in over her head, lying to all of those she’s closest to, and crushing on someone she was specifically warned to stay away from. I loved it all.
Overall, this book was fast paced, suspenseful, and full of drama and secrets. I liked Ember. I liked her best friend Gideon (who is gay). I liked Embers partner in the Red Court, Amber (who is also gay). I liked how the relationships developed. It was exactly what I wanted it to be when I read ‘secret society in high school’ in the synopsis. Also, with that ending I’m really hoping there will be a sequel or companion story.