Summary:
1777. Albany, New York.
As battle cries of the American Revolution echo in the distance, servants flutter about preparing for one of New York society’s biggest events: the Schuylers’ grand ball. Descended from two of the oldest and most distinguished bloodlines in New York, the Schuylers are proud to be one of their fledgling country’s founding families, and even prouder still of their three daughters—Angelica, with her razor-sharp wit; Peggy, with her dazzling looks; and Eliza, whose beauty and charm rival that of both her sisters, though she’d rather be aiding the colonists’ cause than dressing up for some silly ball.
Still, she can barely contain her excitement when she hears of the arrival of one Alexander Hamilton, a mysterious, rakish young colonel and General George Washington’s right-hand man. Though Alex has arrived as the bearer of bad news for the Schuylers, he can’t believe his luck—as an orphan, and a bastard one at that—to be in such esteemed company. And when Alex and Eliza meet that fateful night, so begins an epic love story that would forever change the course of American history. 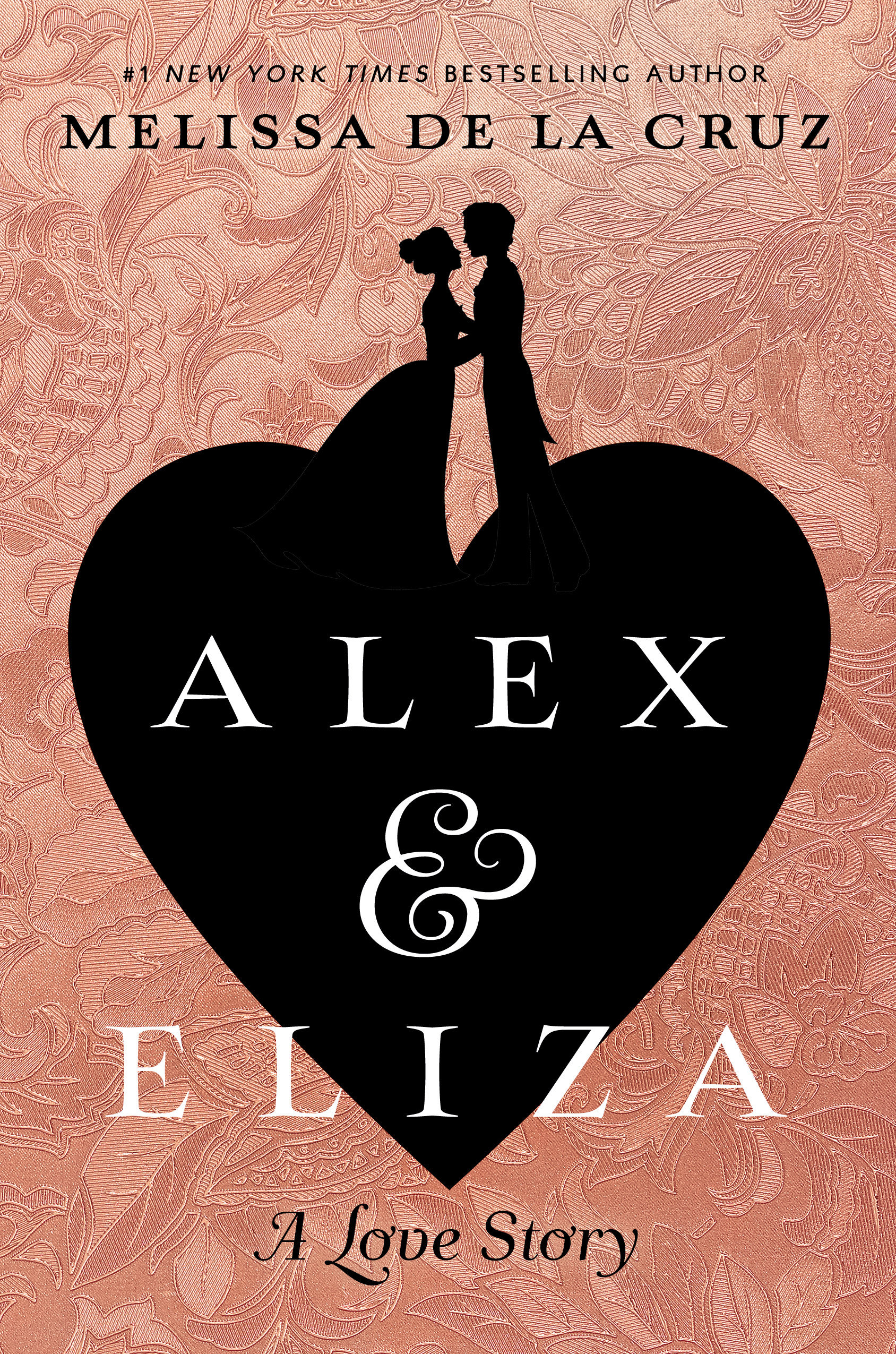 Review:
I bought this book when I first discovered BookOutlet. It took me entirely too long to get to it. I found the audiobook through my library. It took me a little while to get invested in the story. But once I was, I couldn’t get enough.
I loved Eliza and her sisters. I’m a sucker for good sibling relationships and this one didn’t disappoint. Eliza was sassy and did her best to stand up for the things she believed in. She tried to be there for her sisters and also respect her parents wishes. I thought she was such a good main character.
Then there’s Alex. I thought he didn’t really have all that much depth in the beginning. But he had goals and dreams and just wanted to fight for what he thought was right.
While I don’t know how historically accurate the story is (because history is one of my least favorite subjects.) I still thought it did well with the language and societal customs.
Overall, I thought this was a sweet romance, with lots of complications. I’m really interested to see where the story will be taken in the next book.

Summary:
Darcy Fitzwilliam is twenty-nine, beautiful, successful, and brilliant. She dates hedge funders and basketball stars and is never without her three cellphones-one for work, one for play, and one to throw at her assistant (just kidding). Darcy’s never fallen in love, never has time for anyone else’s drama, and never goes home for Christmas if she can help it. But when her mother falls ill, she goes home to Pemberley, Ohio, to spend the season with her family.
Her parents throw their annual Christmas bash, where she meets Luke Bennet, the smart, sardonic slacker son of their neighbor. Luke is thirty-two and has never left home. He’s a carpenter who makes beautiful furniture and is content with his simple life. He comes from a family of five brothers, each one less ambitious than the other. When Darcy and Luke fall into bed after too many eggnogs, Darcy thinks it’s just another one-night stand. But why can’t she stop thinking of Luke? What is it about him? And can she fall in love, or will her pride and his prejudice against big-city girls stand on their way?
Pride and Prejudice and Mistletoe is a sweet, sexy, and hilarious gender-swapping, genre-satisfying re-telling, set in contemporary America and featuring one snooty Miss Darcy.

Review:
This was the second book that I read for the 24Hour Read-A-Thon that I did. (See my post about it here!) I was in the mood for some Christmas books and I don’t know that either of them actually hits the target for that.
There were things I liked and things I didn’t like, as there is with most books. I honestly just don’t feel like going into too much detail when it comes to this story.
It was a fluffy holiday romance that was a pretty loose gender bent re-telling of Pride and Prejudice. (You guys can thank Antonia for making me watch the million-hour movie which is how I even know anything about this classic story.)
I really didn’t think this story was anything too special. It was a cute romance that took place around Christmas. There was some mistletoe kissing, some gift unwrapping, and even some ice skating. There were proposals and engagements, but no actual weddings. Lots of kissing, but things are kept pretty innocent.
This re-telling takes place in America, which is an interesting twist, I think. We see characters in New York and also in Ohio. I enjoyed this aspect of the story. The setting was nice, minimally described but enough to set the stage.
The characters were alright. They had their moments where they annoyed me a bit, but other moments where they grew and got their shit together.
Overall, this story was probably the closest I’m going to get to a Christmasy book this year. I’m glad I read it. It was fun and entertaining for sure.

Top Ten Tuesday is a weekly post giving our top ten on different topic. This is hosted by THE BROKE AND THE BOOKISH. This weeks topic is Top Ten All Time Favorite Books in Genre X. I thought this was a really interesting topic and I really had to think about which genre to pick. The genre I came up with isn’t technically a genre, but I’ve decided that I’m using it anyway. I’ve decided on my top ten all time favorite vampire books. Here’s what I came up with:

1)Twilight by Stephenie Meyer– The fifteen year old reader in me is putting this on my list. This was the book that started my love of paranormal books. I have great memories enjoying the pages of this saga.

2)Bloodlines by Richelle Mead– If you’ve read any of these books you know why this is on my list. I’m obsessed with this series and I can’t wait for the next to come out.

4)Evernight by Claudia Gray– This is another addition from fifteen year old me. I got really attached to this series when I was younger.

5)The Immortal Rules by Julie Kagawa– I just love anything Kagawa writes. I love the Blood of Eden series. I’m also beyond excited for The Forever Song to come out this April.

6)A Quick Bite by Lynsay Sands– Really of the Argeneau novels are included with this. They’re on the more trashy romance novel side, but hey who doesn’t love a good romance novel every now and then.

7)Shadow Falls Series by C.C. Hunter– Shadow Falls has more than just vampires, but I wanted it on this list because I loved reading the Shadow Falls series. I flew through the books, loving every page.

8)The Circle Trilogy by Nora Roberts– These also have more than just vampires but these books were exciting and fun and crazy.

9)Blue Bloods by Melissa De La Cruz– Cruz put an interesting and unique twist in her vampire series. I put off reading the series for quite a while because I knew I needed to read them all together.

10)The House of Night Series by P.C. and Kristen Cast– I wasn’t a huge fan of this series toward the end. The last one is coming out this year and I might give them a try again.

These are my top ten all time favorite vampire books. What are yours?

Top Ten Tuesday is hosted by http://brokeandbookish.blogspot.com/ in which we answer a weekly topic with our top ten. This weeks topic is Top 10 series I’d like to start, but haven’t yet. This is my top ten, in no particular order.

1. The Dark Hunter Series by Sherrilyn Kenyon – Antonia loves these books. I’ve asked her about them a couple times, and they sound really interesting and I’d love to read them. I just keep putting it off because Antonia doesn’t have them all. And then I usually find other books to distract me. I’ll get to them eventually.

2. Blue Bloods Series by Melissa de la Cruz – I looked into reading this series way back and really wanted to read them. I had decided to just wait until more of the series had come out because I had plenty of other series I needed to catch up on. I never ended up getting to these books, obviously because they’re on this list, but I definitely still want to read them.

3. Deirium Trilogoy by Lauren Oliver – Lately, I’ve been seeing all kinds of reviews for this trilogy. So, I looked into them and they sound really good. I’ve read other books by Lauren Oliver and liked them well enough. I’m going to give these ones a try.

4. Covenant Series by Jennifer L. Armentrout – The Lux Series by her was amazing. Everything about it was fantastic. Because I loved it so much I want to read all her oher books as well. Although, I might wait until my to be read list gets a little shorter before getting serious about these. Partially because my library only has two of them, and partially because my tbr list is super long.

5. Alex Cross Series by James Patterson – I put this on my list becasue Patterson is one of my favorite authors. He also takes up a decent sized chunk of my bookself with all his books I own. I have quite a few of the Alex Cross books, but I’ve never actually gotten around to reading them.

6. Wicked Series by Janet Evanovich – Janet Evanovich is one of my all time favorite authors. I’ve read almost every single one of her books. This series only has two books in it so far, Wicked Appetite and Wicked Business. I already know one of the characters from one of the Stephanie Plum books, so I’m super excited to read them.

I know its supposed to be ten and all, but these are the only series that im super excited about reading. So you get six instead.