Summary:
Lorena Adler has a secret—she holds the power of the banished gods, the Noble and the Vile, inside her. She has spent her entire life hiding from the world and her past. She’s content to spend her days as an undertaker in a small town, marry her best friend, Julian, and live an unfulfilling life so long as no one uncovers her true nature.
But when the notoriously bloodthirsty and equally Vile crown prince comes to arrest Julian’s father, he immediately recognizes Lorena for what she is. So she makes a deal—a fair trial for her betrothed’s father in exchange for her service to the crown.
The prince is desperate for her help. He’s spent years trying to repair the weakening Door that holds back the Vile…and he’s losing the battle. As Lorena learns more about the Door and the horrifying price it takes to keep it closed, she’ll have to embrace both parts of herself to survive.

Review:
Thank you to NetGalley and the publishers for the chance to read an early copy of this book. This is my honest review.
What We Devour follows Lorena Adler as her life is changed. She’s spent her whole life hiding her abilities. But when her father figure is about to be arrested, she reveals herself to make a bargain for his life. The Vile crown prince gets Lorena to travel to the capital with him and join his team of researching ways to prevent the Door from opening. This is where I want to talk about the world building. It was complex and interesting, but still easy to understand for me. I loved the concept of the magic of the vilewroughts and the nobelwroughts. I also loved the conversation of corruption. So much of this book focuses on how unfairly the lower class is treated and I thought that was a really great part of the plot.
Lorena was a fascinating character to follow. She’s incredibly clever and smart. She’s managed to hide from the crown for all this time. The only reason she’s found out is because she chose to do the thing that would protect someone she cared about. I really admired her character.
Overall, I really enjoyed this book. It was dark and twisty. The magic was compelling and I was really interested by seeing the different ways people worked with their wroughts. I loved Lorena and all of the side characters. I think thing was a really fun and well told story. I definitely recommend it.

GoodReads Summary:
If you loved American Horror Story 1984, you’ll die for this paperback original thriller mash-up of Agatha Christie’s The A.B.C. Murders and Riverdale in which a game turns deadly with a killer who picks his victims one by one, letter by letter.
Every year the senior class at Lincoln High plays assassin. Lia Prince has been planning her strategy for years and she’s psyched that not only does she finally get to play, she’s on a team with Devon Diaz. But this year, the game isn’t any fun–it’s real. Abby Ascher, Ben Barnard, and Cassidy Clarke have all turned up . . . dead. Can Lia stop the ABC killer before he reaches D? 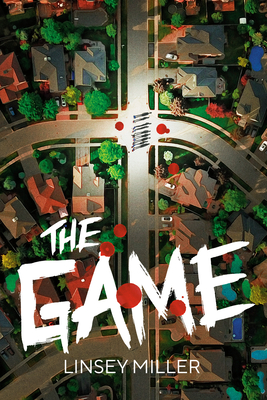 Review:
Big thanks to NetGalley for providing me an eARC of this book in exchange for an honest review. I don’t know why, but I almost never actually pick up mystery/thrillers even though when I do, I usually love them. I did enjoy this book. The story follows Lia as she’s in her senior year and the thing she’s been looking forward to since she was a freshman is finally happening. Every year, the senior class plays a game called Assassins. Long story short, it’s manhunt, but with water guns and over a really long period of time. I liked this book I think because it is everything I would have wanted for my senior year. I loved that Lia was so excited about the game. I also really loved that she had her plan so well organized. Lia was an interesting character. She has pretty shitty parents and doesn’t really know what she’s doing after high school, so Assassins is basically the only thing she’s looking forward to. So, when her classmates start dying for real, she’s shaken.
I really liked the cast of characters. Lia’s best friend Gem is not binary with they/them pronouns. I loved Gem. They were so supportive of Lia and being Lia’s best friend really knew what she needed and when. Gem was literally a Gem. They had a crush on their teammate’s sister, May. I loved the little bits and pieces we get of this romance. Then there’s the romance between Lia and her teammate, Devon. I mostly liked the romance, but honestly, I was more invested in Gem and May.
Now, the mystery. I totally figured out who the killer was a little over halfway through the book. But there were two people on my suspect list. One was the killer and the other would have been a great freaking twist had they been the killer. My only issue with the mystery was that the killer’s motivations felt off to me. They literally killed three people and tried to kill two more, over something really insignificant in the bigger picture.
Overall, this was a fun and quick read. I loved the concept and mostly enjoyed the execution. I think I have issues with YA thrillers because I always seem to be able to guess the killer or end result, but that never happens with adult thrillers. This was definitely a fun story though, so check it out!

GoodReads Summary:
Emilie des Marais is more at home holding scalpels than embroidery needles and is desperate to escape her noble roots to serve her country as a physician. But society dictates a noble lady cannot perform such gruesome work.
Annette Boucher, overlooked and overworked by her family, wants more from life than her humble beginnings and is desperate to be trained in magic. So when a strange noble girl offers Annette the chance of a lifetime, she accepts.
Emilie and Annette swap lives—Annette attends finishing school as a noble lady to be trained in the ways of divination, while Emilie enrolls to be a physician’s assistant, using her natural magical talent to save lives.
But when their nation instigates a frivolous war, Emilie and Annette must work together to help the rebellion end a war that is based on lies.

Review:
To start off I will send a big thank you to NetGalley and the publishers for providing me with an eARC of this book in exchange for an honest review. I also have to thank Avhlee from Tea Cups and Torn Pages for talking about this author so often, because I likely wouldn’t have requested this book otherwise.
I really enjoyed this story. It was fantastical and magical, exciting and dramatic. Many reviews complained about the beginning, where Emilie and Annette switch lives happens too quickly, which I can understand, but it didn’t really bother me. It was made clear that both characters desperately wanted to find a way out of the situations they were in, so they made it happen. I also think that we get to know both girls well enough that it makes sense the further you get into the story.
I liked Annette. She’s ace and I really thought her explanations of this identity were thoughtful and well done. I loved her blossoming relationship with Yvonne. I enjoyed the relationship between Annette and her new roommates. There was a large cast of characters though, so I did find myself a bit confused here and there about who was who.
Emilie was interesting in the sense that she’s the nobility, trying to pretend that she isn’t. There are many trained behaviors that sort of give her away, but I liked her anyway. She was passionate and stubborn. I really enjoyed her friendship with Madeline and her relationship with Charles. Their competition and banter were so entertaining.
I thought the magic was fascinating. There are midnight and noonday arts. One based on the moon and the other the sun. I thought the limitations were well explained, too much magic literally destroys the user’s body. Some reviews I read complained that the magic was unclear, but I didn’t think so. The differences between the different things that can be done with magic were maybe not clearly explained but were easily inferred. An example I saw brought up was the difference between divining and scrying in the midnight arts. While it wasn’t explained specifically, it was obvious that Annette could only scry things happening in the present and divining was seeing things of the future.
Overall, I really enjoyed this book. It was slow at a few points, but I still liked those slower parts. I liked the characters. They were diverse and interesting. The politics of the world were dark and horribly captivating. I will definitely be recommending this one to the fantasy lovers in my life.

“We were all nothing but lightning in a bloody bottle.”

“Power corrupted, taking what we were and making us into someone else. Something new, terrible, and incompatible with mortal life.”

“Fuck our legacy,” she said. “Demeine is worth more than our legacy. Our people are worth sacrifice.”