GoodReads Summary:
High school senior Keely Collins takes on firsts, lasts, and everything in between in this sweet, sex-positive rom-com for fans of Meg Cabot and Jenny Han.
It seemed like a good plan at first.
When the only other virgin in her group of friends loses it at Keely’s own eighteenth birthday party, she’s inspired to take things into her own hands. She wants to have that experience too (well, not exactly like that–but with someone she trusts and actually likes), so she’s going to need to find the guy, and fast. Problem is, she’s known all the boys in her small high school forever, and it’s kinda hard to be into a guy when you watched him eat crayons in kindergarten.
So she can’t believe her luck when she meets a ridiculously hot new guy named Dean. Not only does he look like he’s fallen out of a classic movie poster, but he drives a motorcycle, flirts with ease, and might actually be into her.
But Dean’s already in college, and Keely is convinced he’ll drop her if he finds out how inexperienced she is. That’s when she talks herself into a new plan: her lifelong best friend, Andrew, would never hurt or betray her, and he’s clearly been with enough girls that he can show her the ropes before she goes all the way with Dean. Of course, the plan only works if Andrew and Keely stay friends–just friends–so things are about to get complicated. 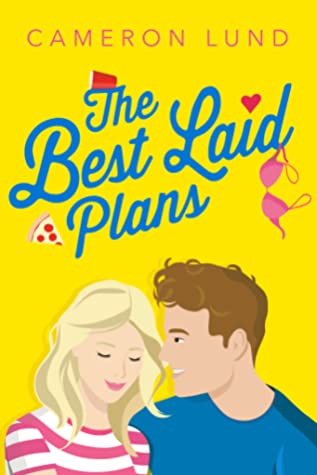 Review:
I liked this book at first. I thought it would be a fun story about a girl falling in love with her best friend. It was that. But there were quite a few things I didn’t like that really affected my enjoyment of the story.
First of all, there was something about the way Keely felt about being a virgin that I really didn’t like. I understand that some teenagers actually feel this way, but this is supposed to be a super sex-positive book and I just wish that Keely’s choice to lose her virginity had been more of an empowerment thing rather than her wanting to do it because of peer pressure. This sort of set an icky tone to the story right from the start.
Then there are the high school boys in this book. Keely and Andrew have been friends their whole lives, so Keely tags along with the guys and is treated as ‘one of the guys.’ This was fine because I was also totally one of the guys in high school, but these guys were horrible. The way they degraded the girls they went to school with and it wasn’t challenged. It just didn’t sit well with me.
Overall, I really wanted to like this book. But there were just too many things that rubbed me the wrong way. I liked the concept, but the execution was not for me.