GoodReads Summary:
The universe is conspiring against Ava Breevort. As if flying back to Phoenix to bury a childhood friend wasn’t hell enough, a cloud of volcanic ash traveling from overseas delayed her flight back home to Boston. Her last-ditch attempt to salvage the trip was thwarted by an arrogant Scotsman, Caleb Scott, who steals a first-class seat out from under her. Then over the course of their journey home, their antagonism somehow lands them in bed for the steamiest layover Ava’s ever had. And that’s all it was–until Caleb shows up on her doorstep.
When pure chance pulls Ava back into Caleb’s orbit, he proposes they enjoy their physical connection while he’s stranded in Boston. Ava agrees, knowing her heart’s in no danger since a) she barely likes Caleb and b) his existence in her life is temporary. Not long thereafter Ava realizes she’s made a terrible error because as it turns out Caleb Scott isn’t quite so unlikeable after all. When his stay in Boston becomes permanent, Ava must decide whether to fight her feelings for him or give into them. But even if she does decide to risk her heart on Caleb, there is no guarantee her stubborn Scot will want to risk his heart on her…. 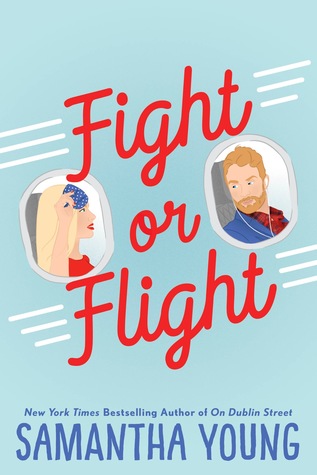 Review:
I’m going to be honest here. I mentioned in a review of another book that since everything going on with the virus started, I’ve pretty much only read romance. This is a book that is a part of that. I’m also writing this review after having read almost ten books since this one. So, I already don’t remember every detail. This review will be short because of that.
I liked this book from the start. Ava has a one-night stand with Caleb after burying her childhood best friend. She’s full of emotions she’s not ready to delve into, so she dives into a hot guy instead. That’s something I can get behind. But when the two run into one another back in Boston, things continue. I liked their relationship, at first. But when things start to get serious and Ava is ready to try to make things work in a more serious relationship, Caleb ghosts her. This made me mad, but not overly so. This is super common. He didn’t want anything more series. But his reasoning made me mad. He shared hard details about his past with Ava right before ghosting her. He opened up and instead of telling her that he didn’t want that, he just avoided her. So, she confronts him and he says exactly what he knows will hurt her down to the core. Because of course, she’s shared some hard details of her past with him too. So, he says incredibly hurtful things to her and immediately regrets them. This trope makes me so mad. Why would you make your character hurt another in a way that cuts them to the core and then somehow, they can get better from there? Nope. As soon as Caleb said purposefully hurtful things to Ava I knew I didn’t like this book anymore. I don’t support crap like that.
Overall, this was a fun book for the most part. I think most romance readers would enjoy it. The characters are well developed. The relationship is great for most of the book. I just didn’t love certain parts.

2 thoughts on “Fight or Flight by Samantha Young”