GoodReads Summary:
When Graham Barnett named his diner The Tourist Trap, he meant it as a joke. Now he’s stuck slinging reindeer dogs to an endless string of resort visitors who couldn’t interest him less. Not even the sweet, enthusiastic tourist in the corner who blushes every time he looks her way…
Two weeks in Alaska isn’t just the top item on Zoey Caldwell’s bucket list. It’s the whole bucket. One look at the mountain town of Moose Springs and she’s smitten. But when an act of kindness brings Zoey into Graham’s world, she may just find there’s more to the man than meets the eye…and more to love in Moose Springs than just the Alaskan wilderness. 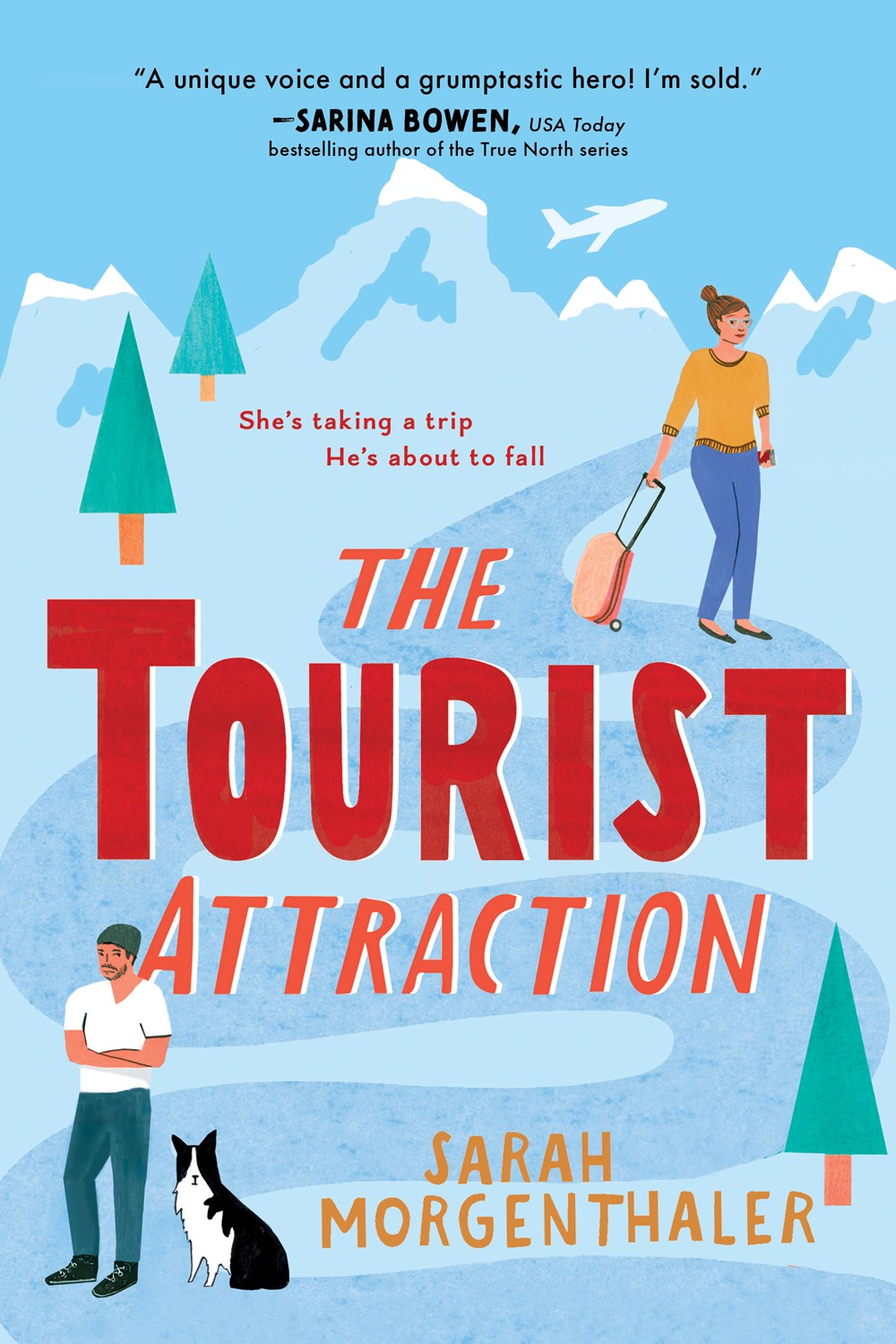 Review:
Huge thanks to NetGalley and the publishers for providing me this ARC in exchange for an honest review. The Tourist Attraction was so much fun. I love stories set in vacation destinations and Alaska is a stunning one. The setting was fabulous and at times I totally felt like I was there with Zoey experiencing Alaska for the first time. Alaska’s never been an important destination on my dream list, but it might just be after this book.
Zoey was a fun character. She was so excited to finally be on her dream vacation. I loved that no matter what happened, she tried to make the best of the situation. She was a really positive person and I liked that. But also, she was someone that tried not to make waves and that annoyed me sometimes. She’s in Alaska with her best friend, Lana. I totally didn’t get their friendship. I get that Lana is a larger than life personality, but I would have liked more backstory on their relationship because I really just didn’t get it. I also didn’t really get why Zoey put up with Lana’s friends. I guess it’s really his cousin and the cousin’s friends, but they were jerks and I really don’t understand why Zoey put up with them, or why Lana put up with them. Despite all of this, I still really liked Zoey and Lana. they seem like such an unlikely friendship that I think that’s why it works.
Then there’s Graham. I didn’t love his extreme disdain for the tourists. I think this was hard for me because I come from a place that only survives because of tourism, so I understand being annoyed and even angry with them. But Graham was a little over the top with his dislike of them. I liked him anyway. He runs a restaurant called the Tourist Trap and it’s totally a place I want to go. The whole appeal is that Graham owns and runs it and is a huge asshole about it. People go there because he treats everyone like crap and loves it. I thought this was hilarious.
Overall, I really had fun with this book. There were a few minor things I didn’t like, but as a whole, I was really invested in the romance. I cared about the characters. The setting was glorious. I definitely think this will be a hit with many people. Also, Jake, the dog was 100% the best part of this book.

4 thoughts on “The Tourist Attraction by Sarah Morgenthaler”