GoodReads Summary:
Take two sisters making it on their own: brainy twelve-year-old GiGi and junior-high-dropout-turned-hairstylist DiDi. Add a million dollars in prize money from a national cooking contest and a move from the trailer parks of South Carolina to the North Shore of Long Island. Mix in a fancy new school, new friends and enemies, a first crush, and a generous sprinkling of family secrets.
That’s the recipe for The Truth About Twinkie Pie, a voice-driven middle-grade debut about the true meaning of family and friendship. 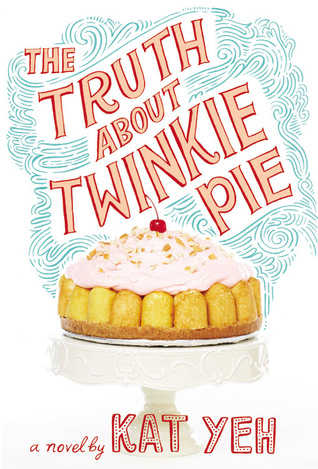 Review:
This book was so much more emotional than I anticipated. While GiGi was kind of a little terror, I liked it anyway. GiGi is a twelve-year-old that has just moved to a new school. Her mom died and she’s being raised by her older sister, DiDi. I loved the sister relationship when it was good. It’s hard to have a sister that’s is also your parents, so I could understand GiGi’s attitude. But also, being the adult that I am, I just wanted GiGi to open up to her sister and talk to her.
GiGi’s biggest worry is that he’s not going to make friends at her new school. I loved that this was the smallest problem in the book. She quickly made friends and I loved these relationships. They were sweet and I could see them lasting long into adulthood. I liked that even the girl GiGi was ‘frenemies’ had an interesting outcome. Mace and GiGi butted heads a lot, but I thought it was an interesting and necessary relationship.
Overall, this story was sweet and heartbreaking. It made me feel so many things I was not expecting. I loved the characters and this story had so much heart. I loved the family values and friendships. Also, this book had recipes in it and I totally loved how they were tied into the story. So, keep an eye out for a books & baking post related to this one.

6 thoughts on “The Truth About Twinkie Pie by Kat Yeh”