GoodReads Summary:
For the first eighteen years of her life, Rose Gold Watts believed she was seriously ill. She was allergic to everything, used a wheelchair and practically lived at the hospital. Neighbors did all they could, holding fundraisers and offering shoulders to cry on, but no matter how many doctors, tests, or surgeries, no one could figure out what was wrong with Rose Gold.
Turns out her mom, Patty Watts, was just a really good liar.
After serving five years in prison, Patty gets out with nowhere to go and begs her daughter to take her in. The entire community is shocked when Rose Gold says yes.
Patty insists all she wants is to reconcile their differences. She says she’s forgiven Rose Gold for turning her in and testifying against her. But Rose Gold knows her mother. Patty Watts always settles a score.
Unfortunately for Patty, Rose Gold is no longer her weak little darling…
And she’s waited such a long time for her mother to come home. 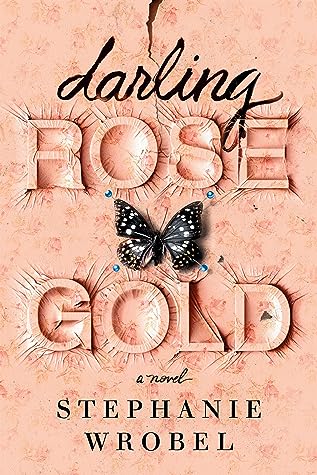 Review:
As with all my ARC reviews, I will be starting by saying thank you to NetGalley and the publishers for providing me with an ARC in exchange for an honest review.
Sadly, by the time I finished this book I did not like it. I really enjoyed the first half. The suspense of whether or not Patty really poisoned Rose Gold and made her sick all those years. The mystery of Rose Gold’s life after her mother was sent to prison. But the more I got to know Rose Gold, the less I liked her. She was a liar, for no good reason. I understand she had a really shitty childhood, but after finding her dad, there was so much potential for good things in her life and she threw it all away. Instead of moving on, trying to make a better life for herself now that her mother was in jail, she plotted revenge.
As for Patty, I didn’t like her from the start. I have a one-year-old, and I understand the stress and worry about whether my child is healthy or not, but to purposefully make my child sick? I could never, even when she’s getting four molars at the same time and cries at me to hold her all day long.
I’m going to keep this short and to the point because I’d like to wipe this story from my memory as soon as possible. While the writing was really good, and the story was fast-paced and interesting, I hated both main characters so much that it ruined the story for me. There are likely lots of people out there that will enjoy this, but I’m not one of them.