GoodReads Summary:
A decadent rock star. A deeply religious radio host. A disgraced scientist. And a teenage girl who may be the world’s last hope.
Shana wakes up one morning to discover her little sister in the grip of a strange malady. She appears to be sleepwalking. She cannot talk and cannot be woken up. And she is heading with inexorable determination to a destination that only she knows. But Shana and her sister are not alone. Soon they are joined by a flock of sleepwalkers from across America, on the same mysterious journey. And like Shana, there are other “shepherds” who follow the flock to protect their friends and family on the long dark road ahead.
For on their journey, they will discover an America convulsed with terror and violence, where this apocalyptic epidemic proves less dangerous than the fear of it. As the rest of society collapses all around them–and an ultraviolent militia threatens to exterminate them–the fate of the sleepwalkers depends on unraveling the mystery behind the epidemic. The terrifying secret will either tear the nation apart–or bring the survivors together to remake a shattered world. 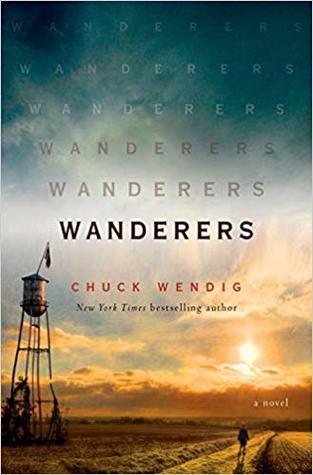 Review:
Where to even start with this review? So much happens in this book with so many different characters, because of that I’m not going to talk about specific characters too much.
I think this book was incredible. There were so many little things introduced in the beginning that managed to connect in the end. The mystery and suspense of the purpose of the Sleepwalkers was so well done. For a while, I wasn’t sure if it would be a scientific explanation or a magical one. This was interesting for me because I was reading another book of the same genre, at the same time that I was listening to the audiobook for this one. That book was more magical while this one was more science-based. I liked that there was a science behind what was happening.
I also really liked the combination of all the different characters. One was just an ordinary girl following her sleepwalker sister. There were really interesting plotlines for these two with their mom and dad. I loved Benji the CDC doctor. His insatiable desire to help and figure out what was going on was really compelling. But the most interesting character to me personally was Pastor Matthew. His story was the most complicated. He finds himself in over his head with a group of white supremacists. He tries to get out but instead becomes a prisoner and a tool to further their agenda. I thought this was the most interesting because I really hated Matthew for a large portion of this book, but by the end of it, I just felt bad for him and then I was proud of him for managing to do the right thing.
This book was full of political conversations. Military versus scientific intervention for the sleepwalkers. The presidential race between a woman and a man that is a huge bigot. What it means for the world to end and the things people will do when faced with that being the reality.
I don’t want to say I loved or enjoyed this book because it was wild and horrifying. But I did. I was engrossed in the story each time I started listening. I was dying to know what was going to happen, the secrets the characters were keeping from one another, and how things were going to play out. It was an incredible book full of hard topics and discussions. If you’re someone that likes dystopian books, this is one you might want to pick up.

One thought on “Wanderers by Chuck Wendig”