GoodReads Summary:
With the legends and lore of Ireland running through his blood, falconer Connor O’Dwyer is proud to call County Mayo home. It’s where his sister, Branna, lives and works, where his cousin, Iona, has found true love, and where his childhood friends form a circle that can’t be broken… A circle that is about to be stretched out of shape—by a long-awaited kiss. Meara Quinn is Branna’s best friend, a sister in all but blood. Her and Connor’s paths cross almost daily, as Connor takes tourists on hawk walks and Meara guides them on horseback across the lush countryside. She has the eyes of a gypsy and the body of a goddess…things Connor has always taken for granted—until his brush with death propels them into a quick, hot tangle. Plenty of women have found their way to Connor’s bed, but none to his heart until now. Frustratingly, Meara is okay with just the heat, afraid to lose herself—and their friendship—to something more. But soon, Connor will see the full force and fury of what runs in his blood. And he will need his family and friends around him when his past rolls in like the fog, threatening an end to all he loves… 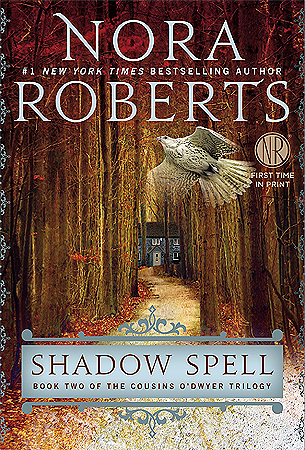 Review:
In the second installment of the Cousins O’Dwyer Trilogy, we follow two more of the six that this series follows. We already know them all from the first book, but we get to know Connor and Meara a bit better. They’re known one another their whole lives, and after a brush with Cabhan, Meara finds herself unable to resist her lust for Connor after she thought him dead. I liked that this book was sort of the opposite of the first. In the first Iona is new to the area and the people, but with Connor and Meara there’s history. There’s a past there.
Connor is the guy that’s friends with everyone. He’s a loveable flirt. But his loyalty knows no bounds. I love his relationship with his sister and cousin, but I also love the brotherhood he shares with Fin and Boyle.
Meara is the tough girl that you don’t want to mess with. But she has a heart of gold she doesn’t let many see. She fears that she is like her father and finds it hard to let herself be loved. I loved seeing the growth she goes through in working through this issue. I also loved her ferocity when up against Cabhan.
Overall, I enjoyed this book. Not a favorite, but it was fun. There was action and romance, friendship and growth. I will always love Nora’s books and this one was no different.