GoodReads Summary:
You mustn’t go into the Darkwood, children. Not even to get your ball. Leave it. That ball belongs to the Witches and the Beasties, now. Those wicked Witches. Stealing your ball. Magic is forbidden in Myrsina, along with various other abominations, such as girls doing maths. This is bad news for Gretel Mudd, who doesn’t perform magic, but does know a lot of maths. When her clever inventions prompt the sinister masked Huntsmen who run the country to accuse her of Witchcraft, she is forced to flee into the neighboring Darkwood, where all the Witches and Monsters dwell. There, she happens upon Buttercup, a Witch who can’t help turning things into gingerbread, Jack Trott, who can make plants grow at will, the White Knight with her band of Dwarves and a talking spider called Trevor. These aren’t the terrifying villains she’s been warned about all her life. They’re actually quite nice. Well… most of them. With the Huntsmen on the warpath, Gretel must act fast to help the Witches save both the Darkwood and her home village, while unraveling​ the rhetoric and lies that have demonized magical beings for far too long. 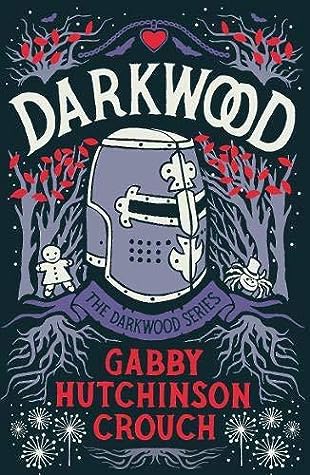 Review:
I received this eARC from NetGalley in exchange for an honest review. The only reason I requested this book was because Heathur @ Aphrodite Reads raved about it. I sadly, do not share that opinion. When adding this to my ‘currently reading’ shelf on GoodReads, I was very surprised to see that it’s a middle-grade fantasy. I’d only gotten about 10% into it before adding it on GoodReads, but it didn’t seem like a middle-grade​ story to me.
My first issue with this being middle grade is the language. There were a handful of words that I didn’t know the meaning of and others that I know but younger readers would likely struggle with. If you’re going to write a middle-grade​ book, you should make sure the intended audience won’t have to look up words every few pages.
The next issue was the writing style. The story jumped all over the place. It was told through the perspective of a bunch of​ different characters but there wasn’t really any warning when the perspective changed. It would have been different if these changes had been confined to their own chapters. But there were POV changes mid-chapter, more than once.
As for the story itself, I think there was some real potential here. There were a combination of fairytale characters that were a part of this world. The Darkwood also reminded me a bit of The Wood from Naomi Novik’s Uprooted. I was excited to see where the story was going in the first half, but the ending seemed rushed and so many things left as loose ends. I assume there is going to be a ​sequel, but too many things were left unresolved for my liking.
Overall, I thought this story had a lot of potential, but I didn’t love the execution. Though others have really enjoyed this story, so take my review with a grain of salt.