GoodReads Summary:
Monday Charles is missing, and only Claudia seems to notice. Claudia and Monday have always been inseparable—more sisters than friends. So, when Monday doesn’t turn up for the first day of school, Claudia’s worried.
When she doesn’t show for the second day, or second week, Claudia knows that something is wrong. Monday wouldn’t just leave her to endure tests and bullies alone. Not after last year’s rumors and not with her grades on the line. Now Claudia needs her best—and only—friend more than ever. But Monday’s mother refuses to give Claudia a straight answer, and Monday’s sister April is even less help.
As Claudia digs deeper into her friend’s disappearance, she discovers that no one seems to remember the last time they saw Monday. How can a teenage girl just vanish without anyone noticing that she’s gone? 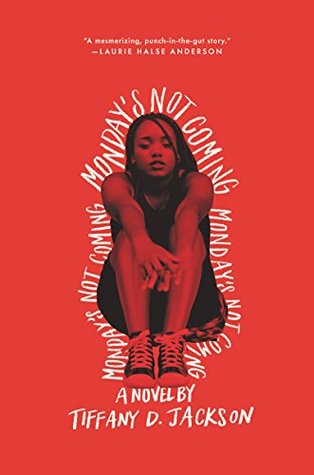 Review:
I was gifted this book by my wonderful secret Santa this past Christmas. I thought the Fierce Females Readathon would be the perfect opportunity to dive into this story. I’ve heard nothing but rave reviews so I was interested to see what it was all about.
I’m not going to go into too much detail because this is technically a mystery. So, I don’t want to give anything away. This review will be pretty brief. Overall, I enjoyed the story. Parts of it were pretty slow because we were getting the history of the main character and her best friend. The first half of the book kind of dragged because of this. There was so much we needed to learn about Claudia and Monday so there was a lot of storytelling and backstory so it was a bit slow going to begin with. Along with this, was the one thing I didn’t like about the book. Though I don’t know how it could have been done differently. The story jumps all over the place. It alternates between several different time periods. Though they are clearly labeled, it was still a little annoying that it jumps all over the place. I still enjoyed the overall story. I was totally shocked by the ending, there were some parts that I predicted but the plot twist still had me saying, “What the F?” This is a story that’s going to stick with me for a while. I will definitely be recommending it in the future.