Summary:
Harmless crush-or cunning killer?
Evie’s not sure why she started lying about her friendship with Jonah. Jonah is older, a college dropout with broad shoulders, a streak of scarlet in his hair, and mystery in his eyes. When Evie talks about him to the girls at school she invents a nonexistent romance out of a minor crush. More than anything, she just wants something to happen. But when Jonah discovers a body in the woods-a girl Evie knew when she was little-Evie’s lies grow more complicated. And she finds herself hunting down the killer, she realizes her lies are the only things she can trust. 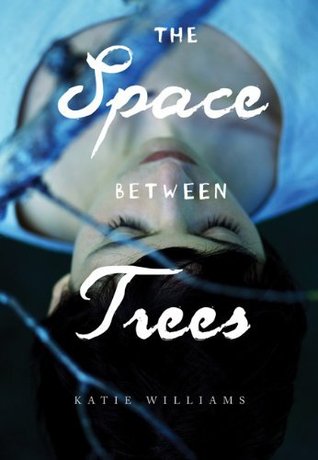 Review:
The Space Between Trees was one of those books that I judged by its cover. I saw it at the book store and said to myself, “Hmm, this looks like it could be interesting.” I read the excerpt on the back of the book and continued to think that it could be interesting. It took me a little while to actually pick the book up and give it a try after I bought it. This book was kind of strange. I couldn’t tell where it was going until the secrets came out. The story line was pretty easy to follow, it was the usual murder mystery, with some twists. The Space Between Trees started out pretty slow. I struggled at parts. The middle definitely went by a fair bit faster because I just wanted to know what was going to happen. This book kept me guessing the whole time. I was completely wrong about all my guesses (which I usually am). I was kept on my toes through every page. Which is something I really enjoy, I think I get more into the book when there’s more suspense. The Space Between Trees was a good book to break up all of the paranormal books I read. It was a nice change of pace.
The main character, Evie, is a very strange girl. She has a group of “friends” she calls The Whisperers; she really just sits with them on the bus and at lunch. She creates this relationship with Jonah that doesn’t actually exist, which was weird. I mean, sure, exaggerate things to your friends a little. But she doesn’t consider these people her friends and the relationship she talks about isn’t real. She acts as if it’s a game she’s playing. This continues for most of the rest of the book with more than just The Whisperers. When Zabet dies Evie’s lies get worse. She puts herself in a position she has no business being in. Honestly, Evie is really naive, or maybe even just stupid. She lets herself get pressured into situations that she can’t handle. She’s not a girl I’d want anything to do with in real life. At the end of the book Evie does in fact end up doing the right thing and tell everyone the truth. I still didn’t like her very much.
Next is Hadley, the girl that was Zabet’s best friend. Hadley is a very determined girl. She’s headstrong and demanding. If things don’t go her way, she finds another way to get exactly what she wants. Hadley is an excellent manipulator, Evie’s proof of that. I think Hadley has a lot of issues that weren’t actually talked about in the book, but they were very obviously there. She stops at nothing to find Zabet’s killer and ends up going too far. Hadley’s paranoid about anyone and everyone through the entire book. She fixates on one small detail and lets it become her whole world. Hadley takes things too far and in my opinion should be put away somewhere.
Jonah, where do I start? He’s the mysterious older guy that Evie pines over. His job is to go through the woods and collect all the animal corpses. He’s kind of a strange character. Jonah is the one that finds Zabet’s body, which involves him in all kinds of drama. He’s a relatively simple character, a pawn of sorts. He has a huge presence in the book, even though he isn’t actually present. He’s talked about quite a bit but isn’t actually around much. I liked him a lot. I actually felt really bad for him by the end of the book. He doesn’t deserve how he is treated.
Overall, The Space Between Trees was a bizarre book really. It had the predictable story line, then just kind of went all over the place. It was suspenseful and exciting. Any readers that like mystery and suspense would like this book.